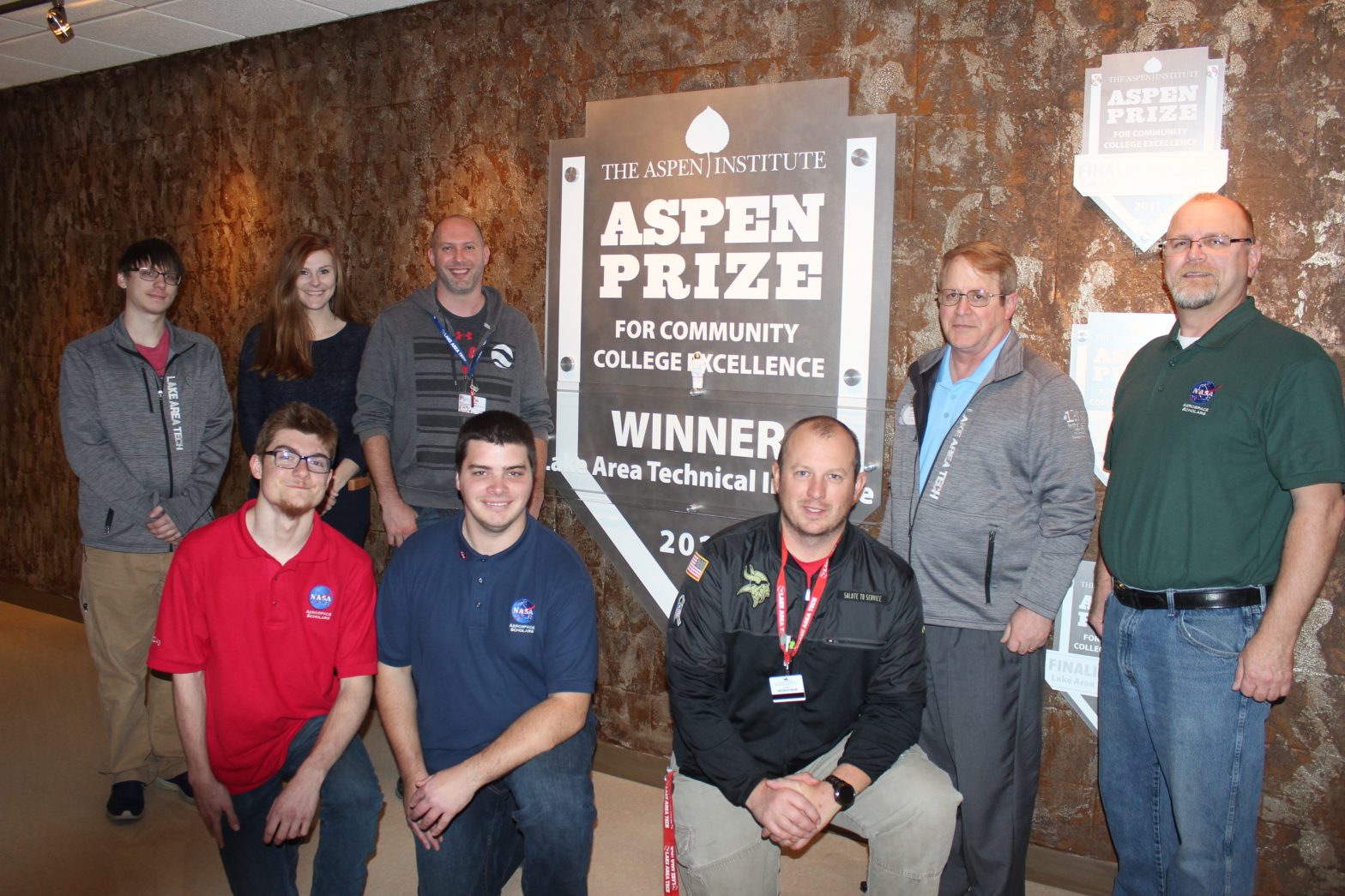 In addition to attending lectures and meeting with mentors during the four-day event, the students participated in a competition in which they were assigned to teams that designed, built, tested, and operated a prototype Mars rover. Scarberry said, “The rover’s challenges were to retrieve rocks from a mock Mars terrain, salvage space parts from previously crashed rovers, and rescue an astronaut.”  Scarberry earned first-place honors in the Mars rover competition with his team, while Leadabrand’s and Wickert’s teams shared second-place honors. In addition, Leadabrand was named his team’s MVP for most embodying the spirit of NASA. He was presented a NASA coin constructed of metal from NASA’s Curiosity Mars rover, which landed on Mars August 6, 2012.

NASA holds the competition for a number of reasons. Wickert explained, “One of the reasons is to encourage growth in the STEM fields and right now, they’re looking at space exploration and habitations on planets like Mars. They’re looking for bright, young minds to bring more ideas to the forefront.”

Leadabrand spoke on behalf of the trio saying, “This experience was completely amazing. The fields of science and technology is growing by leaps and bounds and we have to look to the future.” He said this opportunity wouldn’t have been possible and the students wouldn’t be where they are today without the guidance of the Robotics/Electronics instructors at Lake Area Technical College. “The old saying talks about ‘standing on the shoulders of giants’… we did.” He also praised the NASA leaders and mentors.

Scarberry, Wickert, and Leadabrand will all graduate from LATI this spring with dual degrees in Robotics and Electronic Systems Technology. All three plan to continue their education in the engineering field.

NASA Community College Aerospace Scholars is a project funded in part by the Minority University Research and Education Program, or MUREP, which is committed to engaging underrepresented and underserved students in science, technology, engineering and mathematics (STEM) in authentic learning experiences to sustain a diverse workforce.