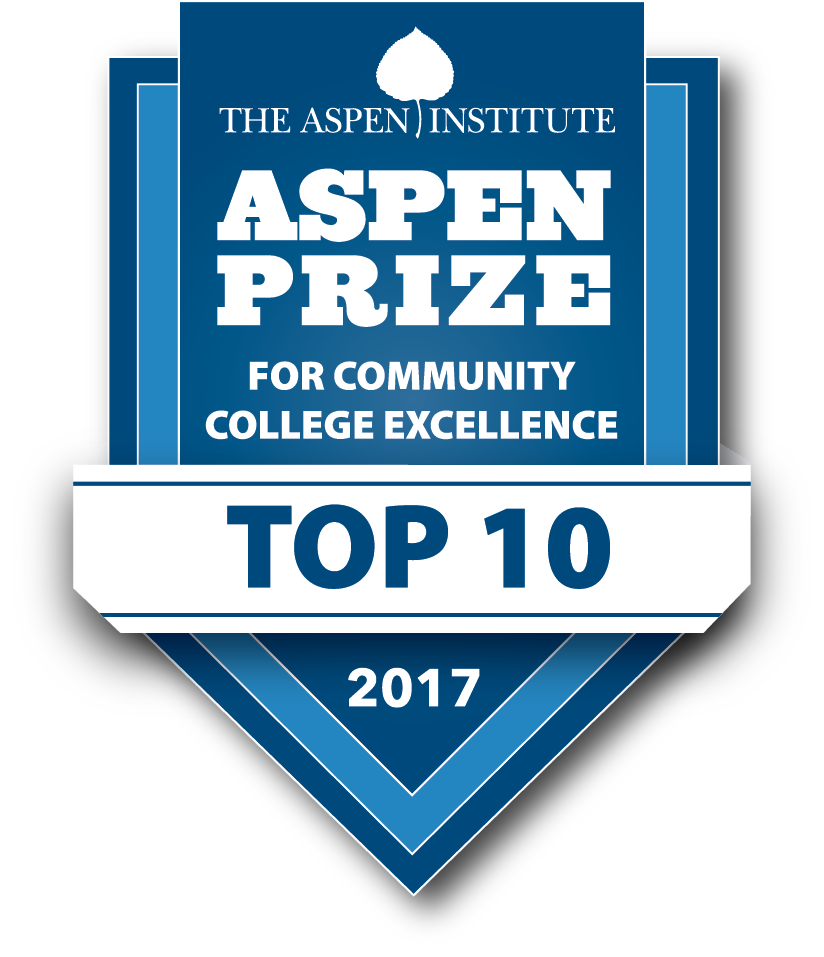 $1 Million Prize for Excellence in Four Areas: Learning, Degree Completion, Employment and Earnings, and Access and Success for Minority and Low-Income Students; Winner to be Announced in March 2017

The $1 million prize fund will be awarded in March 2017 in Washington, D.C. to the winner and up to four finalists with distinction. (See complete list of finalists below.)

LATI has earned a place on the ten finalists’ list and been named a finalist with distinction every year the Prize has been awarded (2011, 2013, and 2015). The Prize, awarded every two years since 2011, recognizes outstanding institutions selected from an original pool of more than 1,000 public community colleges nationwide.

“Lake Area Technical College’s selection once again into the elite Aspen Top Ten is a testimony to its strong focus on student success, workforce engagement, and continued efforts to improve,” said South Dakota Governor Dennis Daugaard. “The Aspen Prize is the Gold Standard for community colleges.  Making the Aspen Top Ten is the academic equivalent of making the NCAA Final Four.  We are extremely proud to once again see Lake Area Technical College ranked at the top in the nation.”

With a singular focus on student success, the Prize assesses community colleges’ achievements in four areas: student learning, certificate and degree completion, employment and earnings for graduates, and access and success for minority and low-income students.

“LATI is redefining what it means to succeed in community college as not just graduating, but finding a satisfying, well-paying job after graduation. said Joshua Wyner, Executive Director of the Aspen College’s College Excellence Program in Washington, D.C. From the day they submit their applications, students are asked to think not just about passing classes, but about what career they want, and how they can get there. And their entire education is shaped with this endgame in mind. Perhaps more importantly, it’s the student’s ability to thrive beyond the classroom and in the workplace that has employers clamoring for LATI graduates year after year.”

Lake Area Technical College stands out as one of the nation’s top community colleges for many reasons, including:

Community colleges today enroll nearly half of all US undergraduates—7 million students—working toward degrees and certificates. This includes rapidly growing numbers of low-income and minority students. While fewer than 40 percent of all community college students graduate, Aspen Prize finalist institutions demonstrate that every community college can help more students achieve success while in college and after they graduate.

This fall, the Aspen College will conduct a rigorous review process that includes examination of extensive data on performance and improvements in learning, graduation, workforce, and equitable outcomes for all students as well as multi-day site visits to each of the ten finalist institutions. Then, a distinguished Prize Jury of higher education experts will select a grand prize winner and up to four finalists with distinction.

The 2015 Aspen Prize for Community College Excellence was awarded to Santa Fe College in Gainesville, Florida. In 2013, Santa Barbara City College (California) and Walla Walla Community College (Washington) were co-winners. In 2011, Valencia College (Florida) was the inaugural Prize winner. According to the Prize rules, former winners were not eligible to reapply this cycle.

The Aspen College is an educational and policy studies organization based in Washington, DC. Its mission is to foster leadership based on enduring values and to provide a nonpartisan venue for dealing with critical issues. The College is based in Washington, DC; Aspen, Colorado; and on the Wye River on Maryland’s Eastern Shore. It also has offices in New York City and an international network of partners. For more information, visit https://highered.aspeninstitute.org/.